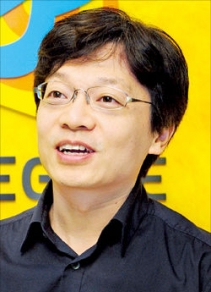 Born in 1974, Kwon Hyuk-bin is an alumni of President Park Geun-hye having studied electronic engineering at Sogang University. As a student, he headed the university’s computer science club.
In 2002, three years after graduation, he founded Smilegate, and entered the Chinese market in collaboration with China’s Tencent Holdings.
Since then the company has achieved significant results in China’s game market.
According to the company’s website, the game “Crossfire” has so far generated revenues of more than 1 trillion won in China. Aided by the huge success in China, the company’s annual operating profit has jumped from 1.9 billion won in 2008 to 330.4 billion won in 2015.
The huge popularity of games developed by Kwon’s company has boosted him to the ranks of Korea’s wealthiest, with Forbes estimating the value of Smilegate at over 3.8 trillion won in that year.