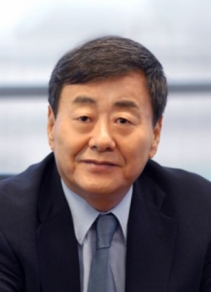 Born in 1944, in Donghae, Gangwon Province, Dongbu Group chairman Kim Jun-ki founded his first business in 1969 while he was still studying economics at Korea University.
Kim’s first business, Miryung Construction Co., underwent rapid growth aided by the booming construction market in the Middle East.
Buoyed by the success of Miryung Construction, Kim expanded into other fields.
He founded Dongbu Express Bus company, and in 1980 the group took over Hankook Automobile Insurance, which laid the foundations for the company’s expansion into the insurance business. Kim’s business strategy paid off, and Dongbu Group was counted among Korea’s 20 largest conglomerates by the 1990s.
With the dawn of the new millennium, Dongbu Group branched out further bringing financial services and semiconductors into its business portfolio.
Kim’s father, late Kim Jin-man, was a politician who served seven terms parliamentary terms from 1954. During his career, the elder Kim held key posts within the National Assembly including that of deputy speaker in 1973.
Of the elder Kim’s eight children, Kim Jun-ki is the eldest son.