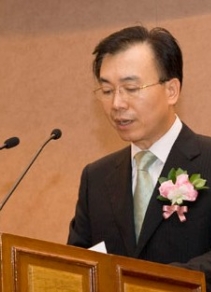 Born in 1954, Kim Suk-soo is the younger son of Kim Jae-myeong, the honorary chairman of Dongsuh, which is the holding company of Dongsuh Companies.
As with his brother Kim Sang-heon, the chairman of Dongsuh, Kim Suk-soo took charge of Dongsuh Foods after his father took a step back from management in the early 1990s.
Dongsuh Foods is Korea’s leading manufacturer of instant coffee products, with Dongsuh’s instant coffee mix products accounting for 83.9 percent of the market.
Under Kim Suk-soo’s watch, the company has managed to post positive annual sales results each year throughout the 2000s.
However, changes in the country’s coffee market are weighing on Dongsuh Group. The country’s instant coffee mix market has shrunken steadily since 2012, and some industry watchers say that its market value may drop below 1 trillion won this year.