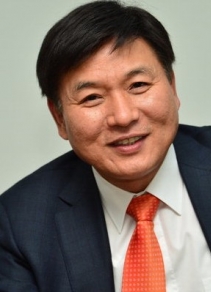 Muhak has been one of leading alcoholic beverages companies in Gyeongsang Provinces since Choi’s father, a grain dealer, took over a small soju maker in 1965. Choi has been in charge of the company since 1994.
Based on the success of its fruit-flavored soju series, which are said to have contributed to the recent popularity of low alcohol drinks, the company ventured into the metropolitan market in 2013.
He has a son and a daughter, and son Nak-jun joined the company as an executive in 2015.