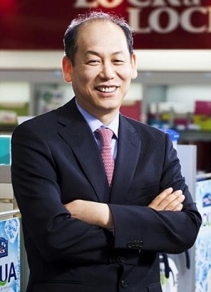 Kim Joon-il was born in 1952 in Daegu. He came to Seoul when his family faced financial difficulties, and started as a salesperson.
He established a distribution company in 1978 and then with a technical tie-up with Japan’s Kukje Hwakong, set up Kukjin Hwakong (later named Lock & Lock) in 1985.
As a specialist in leak-proof plastic food containers with a patented four-sided interlocking system, Kim’s small business grew into a global company that exports to more than 110 countries, and is one of the top three food storage makers in the world.
It has expanded into a range of kitchenware as well as containers made of ceramic, glass and stainless steel. Despite fierce competition and low presence in developed countries, it has been posting double digit operating profit margins, with China as its main market.
He has three sons but said he will return all his wealth to society. As a start, he established a foundation in 2016 dedicated to funding young talents in Asia and donated 2 billion won promising for more.