[DECODED X] An Act of Defiance?

To ensure content quality, DECODED X is offered as a paid service. Corporate annual subscription fees are set at US$3,000, but The Investor is handing out special discounts this year.

In the meantime, enjoy the highlights of the Nov. 3 issue of DECODED X.


AN ACT OF DEFIANCE? 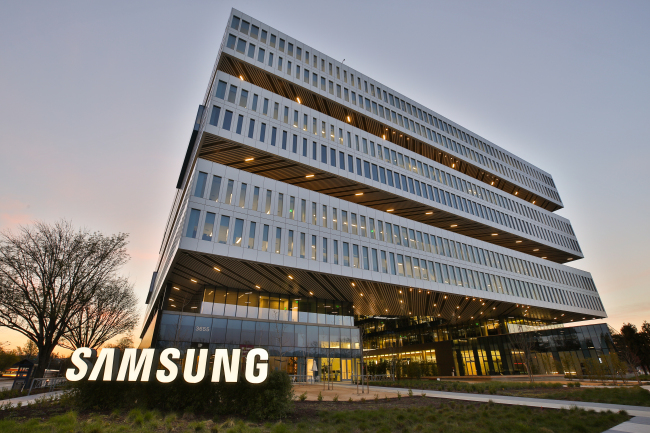 Samsung announced a series of reshuffles this week.

In The Investor’s view, there are two things worth mentioning about the personnel appointments.

One, is the presence of younger executives. Key CEO posts have been filled by people aged under 60. This is to drive home the point that Samsung wants a facelift. That the old guard -- with the exception of a few like Kwon Oh-hyun –- need to pack their bags.

Two, is the revival of a control tower. Now for this one, some of us are scratching our heads.

In terms of value and market cap, Samsung Electronics has actually been enjoying a heyday despite the absence of heir Lee Jae-yong.

The Galaxy S8 is doing pretty well, partly thanks to Apple making a big mess of its iPhone X, and the stock price of all group companies is hitting record highs after announcements that the company will be dishing out more dividends.

As of this month, shares of Samsung subsidiaries account for about a third of the KOSPI’s market cap, according to FN Guide. Not bad at all.

If Lee is orchestrating all this from behind bars, then really, there seems to be no reason to worry about the “leadership-vacuum” that Samsung keeps talking about.

Unless, this is all an act of defiance, to show that Samsung DOES need a control tower, and doggone it, will do anything to restart one.

Also, generating enough press about how Samsung needs someone or a single unit to be in charge is a critical part of the “movement” to get Lee’s sentence reduced.

Ironically, the media is rooting for Samsung too because, well, ad revenues are suffering without a control tower. Samsung is refusing to spend a dime -- OK, maybe it’s spending more than that, but you get the picture -- when everything is in disarray, and it doesn’t have anyone in control. 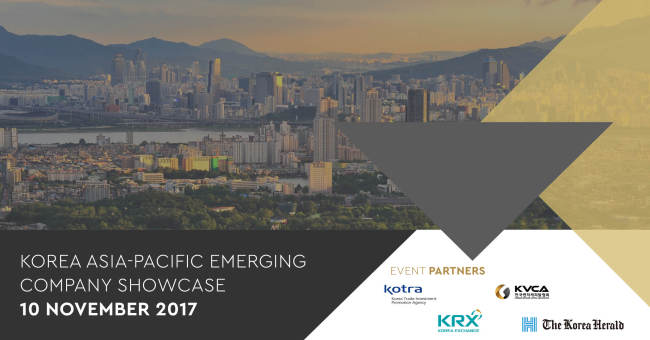 The Investor is co-hosting an IR session on Nov. 10 at the KRX Seoul office for promising Asian tech and bio startups who want to meet with Korean investors.

Joining forces with Wholesale Investor of Australia, The Investor invites all accredited investors to take advantage of this opportunity.

Click here for more information on the participating companies and details about the time and venue. 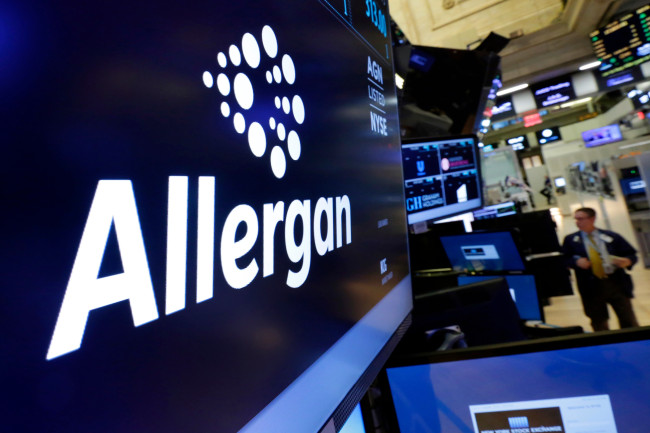 Daewoong Pharmaceutical may be losing some sleep over this one.

Allergan, the world’s leader in botulinum toxin market, which is used to smooth out wrinkles, will begin phase 3 clinical trials for Innotox, according to an exclusive story by The Korea Herald.

Innotox is the liquid-type brand created by Medytox, Daewoong’s rival in the anti-wrinkle market.

Medytox is Allergan’s official Seoul partner, and it’s the first time Allergan has spoken out about it.

The news comes as Medytox is currently stuck in a legal battle with its Korean rival Daewoong over who first developed the botulinum toxin strain. Neither side is showing any signs of settling. Yet, our sources have told us Daewoong may be considering such a move, given that it has already admitted to US authorities that the strain was discovered by Medytox.

Incidentally, only Allergan is allowed to call botulinum toxin “Botox,” which is the name so commonly used. It’s actually illegal to call any other botulinum toxin Botox!


PUT A SUIT ON IT 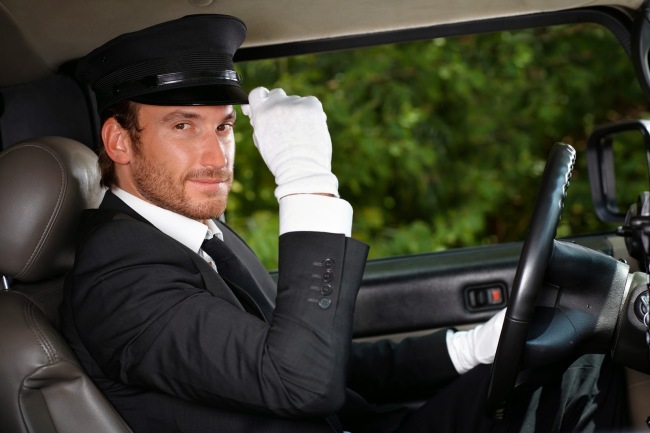 The move was initially intended to make only the corporate taxi drivers wear them, but now, all licensed cab drivers are expected to be subject to the new rule.

This has been going on for a while, with some arguing that cab drivers have a right not to wear uniforms, while other say it would help with work ethics, and also possibly lift their morale.

Apparently, Seoul City Mayor Park Won-soon has immense interest in this topic, and is willing to hold a press conference just to make sure the message gets across clearly. 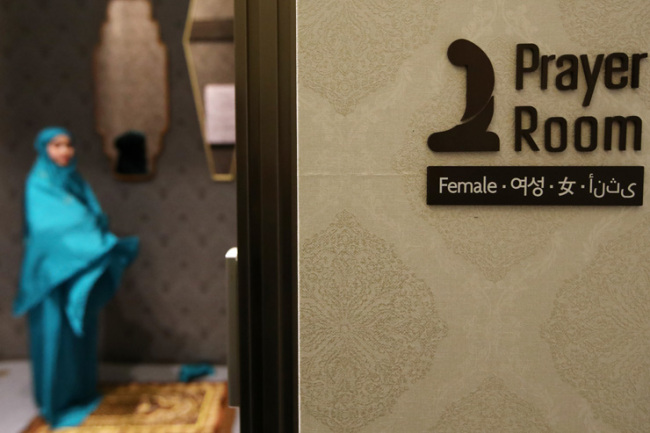 Lotte Department store has been giving it all it’s got to woo Muslim customers.

In August, it set up a prayer room at its Jamsil store -- the first, by the way, in the industry.

After that, a dispute erupted between Lotte and the local Christian community, who contended that the store had no right to install a prayer room for a specific religion.

But there are no relevant laws, and Lotte is now working on adding another prayer room to its main branch in downtown Seoul to greet tourist groups from Malaysia.

On a side note, Lotte said it has done its homework, researched everyone and everything relevant before opening the first prayer room.

But the signage on the door was spelled incorrectly, so perhaps more research was needed. 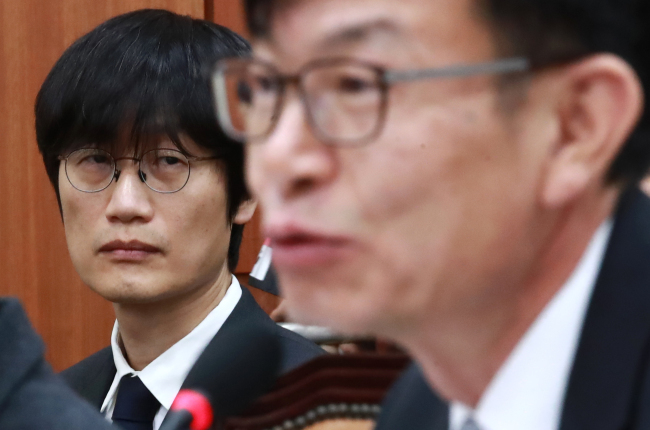 Bare it all, says Naver to Google.

In the latest struggle between the two, the Korean search engine operator is urging Google to tell the world how much it earns in Korea, and to employ people accordingly.

Google is currently estimated to be raking in around 4.5 trillion won (US$4.03 billion) annual revenue in Korea, but the company is under no obligation to disclose the figures.

Naver was up against the wall when it made these comments. To be more precise, its founder Lee Hae-jin, who was once hailed as one of the most respected figures in Korea for creating the portal, the most used search engine.

You know what the rest of Korea thinks? Well, The Investor can’t say we represent all of them, but both of them aren’t exactly playing nice and proper.

Naver is already despised by the Korean media who feel their refusal to use outlinks is giving them an unsurmountable advantage. Google is not exactly breaking any laws, but it hasn’t done much to contribute to Korea, either, compared to what it makes here.