Kosdaq sheds over W4tr in H1 amid biotech slump

Weighed down by risks including business license revocations on key products, South Korea’s pharmaceutical sector saw its market capitalization shed over 4 trillion won ($3.4 billion) during the first half of this year, data showed on July 14.

According to bourse operator Korea Exchange (KRX), the market capitalization of Kosdaq-listed biotech companies stood at 28.9 trillion won as of end-June, down 12.3 percent, or 4.1 trillion won, from the end of last year. 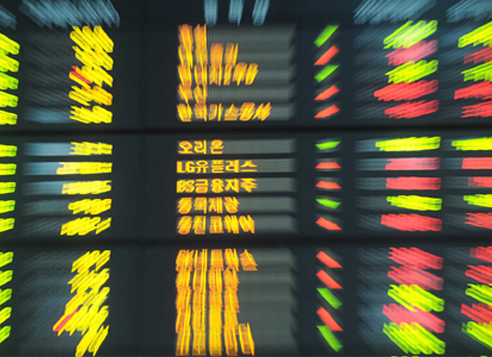 The number of listed companies during the same period climbed to 86 from 83, indicating the general loss in corporate value.

The sector’s top-cap Medytox saw its valuation shrink 700 billion won during the first six months of the year, with its stock price temporarily hitting 391,300 won on Thursday, marking a 52-week low.

Runner-up Celltrion Pharm also shed 600 billion won in January-June. Its stock price closed at 42,950 won on Friday, down 0.81 percent from the previous day.

Marking the steepest fall was Kolon TissueGene, an affiliate of Kolon Life Science and developer of revoked gene therapy drug Invossa. Its market cap plunged from 2.6 trillion won as of the end of last year to 500 billion won as of May 29, when its stock trading was suspended.

Earlier this month, KRX said that it will decide by July 26 on delisting the company for mislabeling and false reporting of a key ingredient of the corresponding drug.