Celltrion upbeat on strong Inflectra sales in US

[THE INVESTOR] Celltrion is expected to post its highest quarterly revenue on rising sales of Inflectra, its copy version of the blockbuster drug Remicade, in the US, according to a local securities company on June 27.

The Korean biopharmaceutical firm’s revenue is likely to grow 30 percent on-year to log 240 billion won (US$211.49 million), its highest quarterly result ever in the April-June period, Hana Financial Investment said. 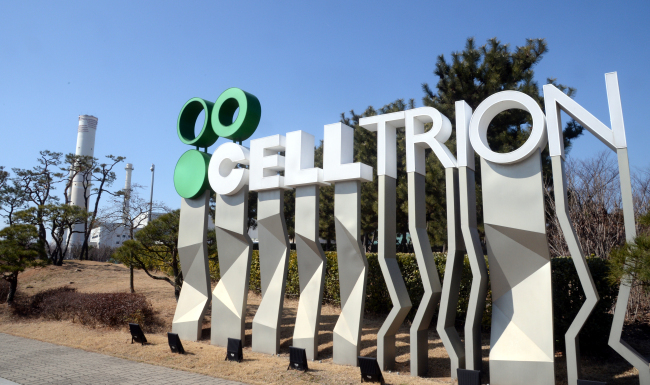 According to regulatory filings, Celltrion has signed contracts worth 200 billion won with Celltrion Healthcare to sell biosimilar antibody drugs in the three months, up 20 percent from the previous quarter. Celltrion signs supply deals with the marketing affiliate every month to disclose the value of export orders.

The strong US sales of Inflectra, a biosimilar copy of Johnson & Johnson’s rheumatoid arthritis Remicade, are giving a boost to the firm’s total revenue, said Sun Min-jung, an analyst at Hana Financial Investment.

“Investor expectations are rising as Inflectra’s muted sales are recovering. Its market share will keep expanding as time goes by,” Sun said.

The prescription sales of Inflectra stood at US$7.87 million in May in the US, up 60.7 percent from a month ago, according to health data firm Symphony Health Solutions.

The data has eased concerns over the drug’s slow sales when it saw a 10 percent increase in April.

On the positive growth prospects, Celltrion shares hit a 52-week high of 118,700 won in morning trading on June 27.

The success of Inflectra, which hit shelves in the US in November, is crucial as the company plans to launch more biosimilar products in the market. Celltrion is preparing to file an application for US regulatory approval for Truxima and Herzuma, its versions referencing Roche’s top-selling drugs Rituxan and Herceptin.