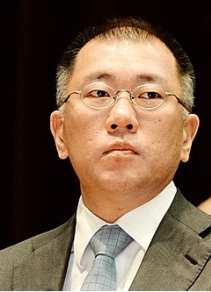 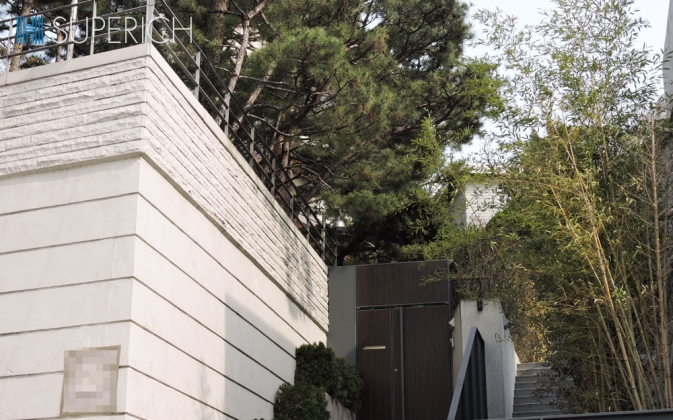 Chung was born in Seoul in 1970 as the only son of Chung Mong-koo, who became the chairman of Hyundai Motor Group. He went to Whimoon High School and majored in business at Korea University.
He joined Hyundai Precision Industry Co. (now Hyundai Mobis) in 1994, but left to study for an MBA at the University of San Francisco. After a brief stint at a New York branch of Itochu Corporation, he returned to climb up the ladders through a number of posts at Hyundai and Kia Motors. In 2009 he became the vice chairman of Hyundai Motor Co.
He has promoted brand awareness and strengthened position in the luxury car markets: Bringing in internationally renowned designers and experts; participating in world rallies; and initiating developments of higher-end cars and larger SUVs.
As the heir-apparent of Hyundai Motor Group, he is said to be raising funds for a smooth succession, selling stocks of Hyundai Glovis and Innocean estimated to be worth more than 1 trillion won. Officially, the sales was to meet the strengthened regulation against internal transactions among large companies. He also purchased 500 billion won of shares in Hyundai Motors, raising his stake in the firm to 2.27 percent.
He has been accused of unfairly supporting group subsidiaries, Hyundai Glovis in particular, in which he invested with his father, as well as of the expedient transfer of stocks worth 2 trillion won.
He has three sisters: Chung Sung-yi is an adviser at Innocean Worldwide, Chung Myung-yi is an adviser at Hyundai Commercial and Chung Yoon-yi managing director at Haevichi Hotel & Resort.
He married Chung Ji-seon, daughter of Sampyo Group CEO Chung Do-won, in 1995, and has two children.