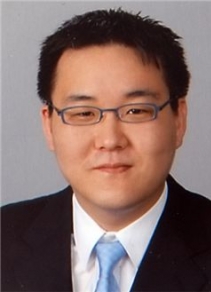 Kim was born in 1975 as the only son of Dongbu Group chairman and founder Kim Jun-ki. He majored in business at Westminster College and earned an MBA at University of Washington.
After a brief stint at management consulting firm A.T. Kearney, he joined Dongbu Steel in 2009, and is currently heading a department at Dongbu Institute of Finance.
During the group’s massive restructuring in 2014 and 2015, Kim sold all his shares of major affiliates in the manufacturing industry, including Dongbu Steel and Dongbu Corporation. He still is the largest shareholder of Dongbu and Dongbu Insurance.
In 2016, Kim and his family became the subject of controversy when they were reported to have received more than 11 billion won in dividends between 2011 and 2015, despite the group’s liquidity difficulties that saw the conglomerate sell more than 40 of its affiliates.
He is married to Cha Won-yeong, daughter of Cha Kwang-yul, chairman of CHA Medical Group, a pioneer in fertility medicine.