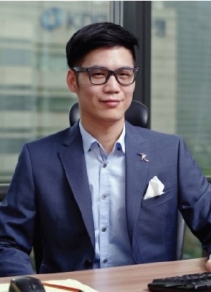 Kim is the director and chief operating officer of South Korean e-commerce platform Yes24, which was launched in 1998.
Kim was born in 1974, as the son of Kim Dong-nyeong, the founder of Hansae Yes24. He went on to pursue bachelor’s degree at George Washington University School of Business and earned his master’s degree in computer science at the same school. After graduation, he worked briefly at an IT firm in Silicon Valley.
In 2006, he became director of iStyle24 – Yes24’s more fashion-oriented e-commerce affiliate. As of 2010, he had a 26.94 percent stake in Hansae Yes24.
In a media interview in 2010, he revealed Steve Jobs, the joint founder of American technology company Apple Inc., as his role model.
He recently expanded his e-commerce platforms to Vietnam and Indonesia and is focusing on developing the electronic book market in Korea through Yes24.
Kim continues to maintain his bachelor status as he revealed in the 2010 interview, that he is too preoccupied with his business to make time for relationships.