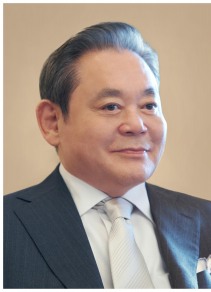 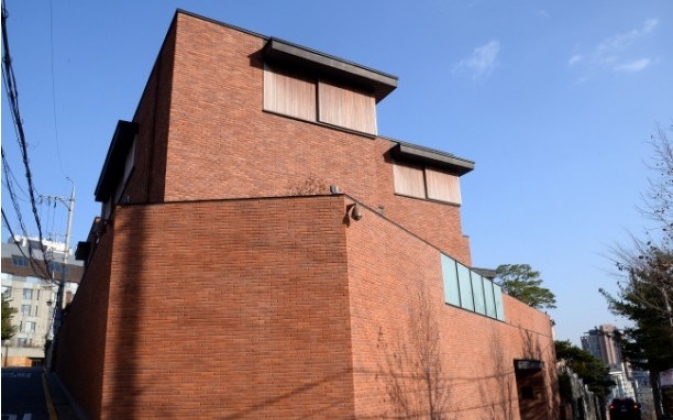 Lee was born in Daegu as the third son of Lee Byung-chull, the founder of Samsung Group, in 1942.
He went to Seoul National University High School before studying economics at Waseda University and business at George Washington University.
He started working at the group as an executive director at Tong-Yang Broadcasting Co. in 1966 and took the helm of the group in 1987, serving as the chairman ever since.
During his time in charge, Samsung and Korea have risen to the top of the high-tech industry. This success began earlier, in 1974, when he ventured into semiconductor business, despite negative market expectations about the move. He spearheaded innovation telling the employees to “change everything but your wife and kids.”
He stepped down as chairman when he was convicted of establishing slush funds in 2008 but returned in 2010 after being granted a presidential pardon. He has been in hospital since suffering a heart attack in 2014.
Lee, a former amateur wrestler, has been a staunch supporter of sports. He served as president of the Korea Wrestling Federation (1982-1997), and as honorary president of the Korean Olympic Committee in 2005. In 1996, Lee was elected as an IOC member and contributed to winning the bid to host the 2018 Winter Olympics.
He married Hong Ra-hee, the daughter of former Minister of Law and Home Affairs Hong Jin-ki, in 1967, and has four children. His only son, Lee Jae-yong, is the vice chairman of Samsung Electronics and the de facto head of the company. Daughters Boo-jin and Seo-hyun are in charge of Hotel Shilla and Samsung C&T’s fashion division, respectively. The youngest daughter died while studying in the United States.
Lee’s two older brothers died. He has five sisters. The eldest is Hansol Group adviser Lee In-hee, and the youngest is Shinsegae Group chairwoman Lee Myung-hee.