[THE INVESTOR] Samsung Electronics Co. retained the top spot in the Indian smartphone market in the third quarter but continues to face a strong challenge from China-based Xiaomi Inc., data showed Oct. 29.

According to Strategy Analytics, Samsung accounted for 26 percent of the market in the July-September period, while Xiaomi took 25 percent. 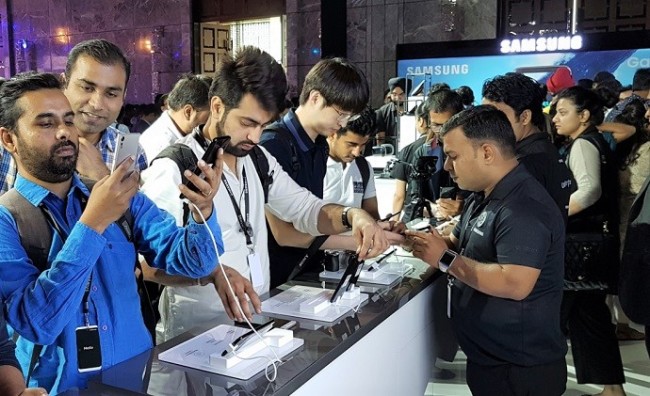 The combined share of Chinese companies came to a meager 1 percent in the third quarter of 2012, the industry tracker added.

The researcher said the top three most popular smartphones in India during the third quarter were Xiaomi products, with Samsung‘s Galaxy J2 coming in fourth.