It’s a weekly brief of critical political and economic events in Korea and their takeaway, created by The Investor staff. To ensure content quality, DECODED X is offered as a paid service.

For details, please contact Monica Lee (jylee@heraldcorp.com).
You can also get in touch with the Managing Editor Jemmie Kim at (jemmie@heraldcorp.com)
In the meantime, enjoy the Dec. 1 issue of DECODED X. 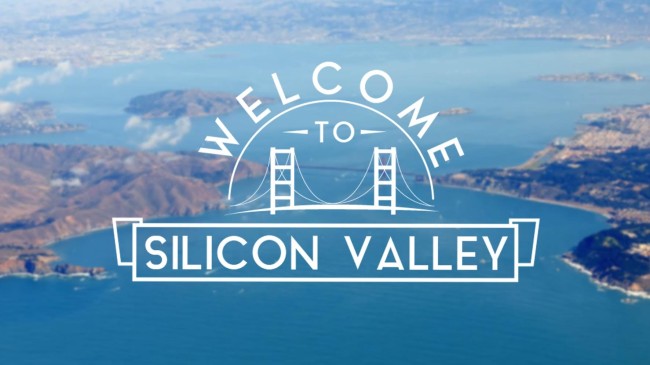 Amid the startup hype that's been building up in Korea over the past few years, a team from The Investor was in Silicon Valley to explore Korea-rooted startups, to find out what makes them tick.

The founders and CEOs of the Korean startups appeared to be giving it all they have to make it work.
And they come from impressive backgrounds. They've worked for prestigious companies in the past, ranging from Samsung and Google to Apple and Naver.

Education-wise, they studied at top-notch schools like Stanford and Harvard, and they aren't afraid to flaunt what they've got.
They're also inclined to speak their mind on regulatory setbacks.
Here are some quotes from these quirky, successful geek-turned-entreprenuers:

“We all know that the smartest people in Korea go into government service. Together, they create the smartest regulatory traps ever.”

The bottom line is, we agree that Korean civil servants are intelligent. Now, it’s about time they create a system that makes things work, and not vice versa.


INVESTMENT 101
Some exasperated members of the venture capital community in Silicon Valley vented at the steady stream of Korean startup-wannabes who drop in without doing basic homework.

“We are actually considering creating an online tutorial,” he told us.

Every month, Koreans with entrepreneurial dreams trickle into the area, wanting advice on how to set up their own company and be successful.

The problem is, nine times out of 10, they have done no preparation at all, not even most basic stuff. They simply hop on a plane and expect the Silicon Valley gurus will answer all their questions.

One cause of this mutual waste of time is again, the government, which is quite eager to foot the bill for potential startups looking for overseas learning opportunities. There are many programs funded by many government agencies, including KOTRA.

It’s great to know the government is so willing to help, and it’s hard to blame the entrepreneurs or companies for wanting to come to Silicon Valley, but they could do with a bit more homework, perhaps, before hopping on the plane.


A FRIEND IN NEED
Ironically, the people that the nerds want to visit Silicon Valley never did. The folks there believe a visit by the South Korean president could give them a boost, especially as they stand against competitors from China, Japan and Southeast Asia.

The wish became even more fervent after Japanese Prime Minister Shinzo Abe visited last year, which has led to a bigger presence of the Japanese community in Silicon Valley.

But the situation is Korea is starkly different. Former president Park Geun-hye whose key policy was creative economy, never stepped foot, and recently, a planned trip by the Science Ministry was canceled.


LINKING KOREA
LinkedIn CEO Jeff Weiner made it clear at a McKinsey Consulting seminar on corporate automation in California this week that he has no plans to appoint a regional manager for Korea just yet, despite the firm’s growing presence.

LinkedIn is the first global career site to take off in Korea.

There are a few domestic sites with public bulletins, but the community isn’t well developed, and the Korean culture stands in the way too. In Korea, it’s still more common to recruit by word-of-mouth, through personal connections who can be more trusted than, say, an impersonal website. Headhunting is also quite rampant.

But LinkedIn has been growing slowly and steadily in Korea, and the same has been happening in Japan.

Japan’s cyber career community was dominated by BizReach, but these days, LinkedIn is getting bigger. Due to its growth, and the larger size of the market, LinkedIn has named a regional manager for that country.

On a sidenote, BizReach is a majorly successful startup in Japan that nabbed US$33 millfrom Series B funding.


IMPOSSIBLE FOOD
Their mission is simple, but hard. To cook food that looks and tastes like an authentic meat dish, but is actually plant-based.

Impossible Foods, a company founded by Stanford professor Pat Brown, has achieved this using an enzyme called heme, which brings out the meaty flavor in plant-made steaks.

Impossible Food is now planning to launch in Korea and Hong Kong as early as next year.

Their Communication Officer Nick Hallas is coming to Korea for a demo day sponsored by SparkLabs. Stay tuned to The Investor for more.


CHINESE CLOUDS IN KOREA
Alibaba Cloud has been in Korea for about 1 1/2 years now.

As is well known, it is behind Alibaba’s payment service Alipay.

For now, Alibaba Cloud will remain quiet in Korea, although it is scheduled to introduce new services during the 2018 PeyongChang Winter Olympics.

In Korea, due to the saturated cloud market, Alibaba Cloud is likely to tap niche areas -- such as medical, health care, big data and security.

By the way, Alipay is unlikely to enter Korea separately, since it’s already investing in Kakao Pay. It has so far invested 23 billion won (US$211.45 million) in Kakao Pay.

This is not unusual, since Alibaba is known for its management style outside China, which is to merge its brand DNA with a major partner in whichever country it enters.