[THE INVESTOR] Korean biopharmaceutical firms Celltrion and Samsung Bioepis are expected to suffer a setback in sales of their biosimilar versions of Roche’s blockbuster breast cancer treatment Herceptin in the US as they have lost a crucial first-mover advantage to an Indian rival, industry watchers said on Dec. 7.

The US Food and Drug Administration gave its nod to Pennsylvania-headquartered Mylan’s drug Ogivri, which was co-developed with India’s Biocon, as the first Herceptin biosimilar to get approval in the US on Dec. 1 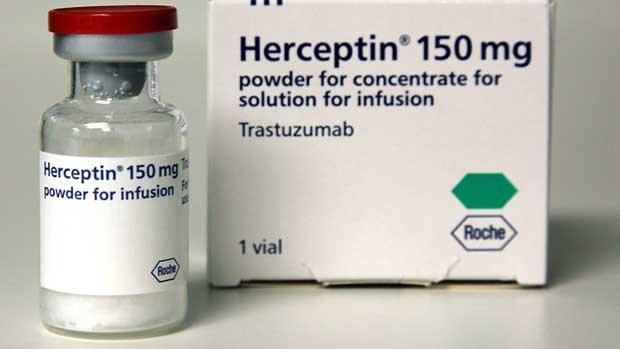 The approval for Ogivri, which has been under development for seven years, is a big win for the Indian pharma industry. India is known to be the largest exporter of generic drugs but the country hasn’t made an impressive presence in developing biosimilars, which requires much more complex manufacturing processes than generics.

“It is a huge milestone for us and for the country because this is the first biosimilar trastuzumab to be approved by US FDA … it is a validation of our capabilities and our abilities to develop such a high quality complex biosimilar drug and of course there are just a handful of biosimilar players in the world and it helps us to join this league of players,” said Kiran Mazumdar-Shaw, chairman and managing director of Biocon.

Herceptin is one of the blockbuster treatments that many biosimilar makers are seeking to launch their knockoff versions to garner a piece of the US$6 billion global opportunity, including US$2.5 billion in the US market.

The FDA’s nod for Biocon and Mylan comes as Samsung Bioepis and Celltrion have completed development of their own biosimilars of Herceptin.
On Nov. 19, Samsung Bioepis bagged EU marketing authorization for Ontruzan but it hasn’t filed for US approval. Celltrion is currently awaiting a decision from the FDA.

“Falling a step behind Biocon is a setback to their global expansion strategies of the Korean firms as they have been leveraging their first-mover advantage by rolling out copycat therapies before rivals,” a source told The Investor.

Even if they get approval, the US patent on Herceptin expires in June 2019 which means knockoff products cannot be launched until then.

But Biocon and Mylan have reached a deal with Roche, securing a license to market their biosimilar Herceptin in most countries before the patent expires.

“Many pharmaceutical companies are investing in developing biosimilars, and there are concerns that such intensifying competition may lead to price declines for biosimilars,” said Lee Dal-mi, an analyst at SK Securities.

Other global players working on Hercepin biosimilars includes Pfizer which completed the phase 3 clinical trials as well as Amgen and Allergan, which have a biosimilar candidate under review in the US.