According to the sources, Samsung Electronics will likely post an around 15 trillion-won (US$13.5 billion) operating profit for the April-June period, down from a record 15.64 trillion won three months earlier. 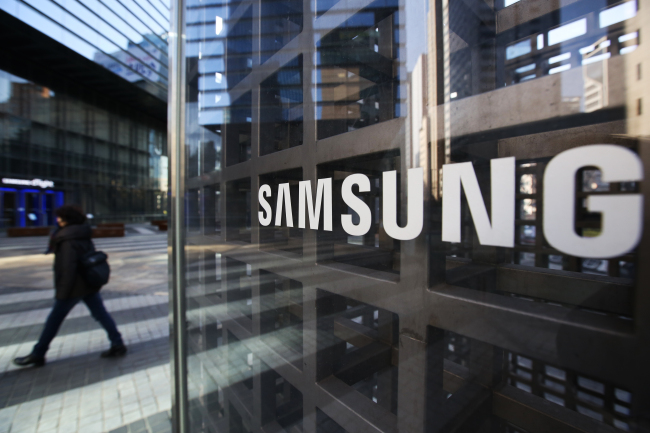 It marks the first decline in five quarters as Samsung Electronics has broken every quarterly record since the second quarter of last year.

Sources said the worse-than-expected sales of the Galaxy S9 and its mobile screens weighed heavily on the second-quarter earnings.

The operating profit of the information technology and mobile business nearly halved to 2.3 trillion won for the second quarter from 4 trillion won a year earlier. That of the display sector dived on-year to 130 billion won from 1.71 trillion won.

But experts forecast that the South Korean company will likely log a fresh record of 17.3 trillion won in operating profit for the third quarter on the back of booming overseas demand for semiconductors.

The company‘s chipmaking business will contribute 13 trillion won in the coming three months.

“In the third quarter, Samsung Electronics will make another record-breaking performance on upbeat DRAM prices and rising operating rate of OLED panels,” Shinhan Investment Corp. said in its latest report. “The upcoming release of the new Galaxy Note 9 will also help increase the third-quarter earnings.”

For all of 2018, the company’s operating profit will jump 20 percent on-year to a record 65 trillion won, the report added.