Celltrion’s Herceptin biosimilar expected to get EU nod in Q1

[THE INVESTOR] Celltrion is seeking to accelerate the momentum in Europe created by its inexpensive copycat drugs as analysts expect it to get EU approval to market its biosimilar of Roche’s blockbuster cancer treatment Herceptin by March 2018. 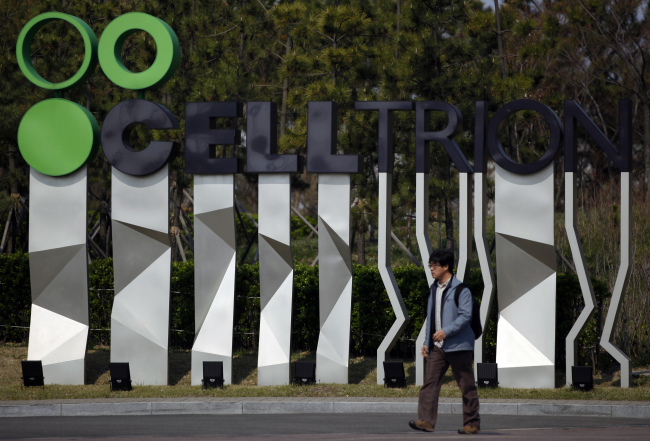 
“Herzuma will be well positioned for Celltrion to have confidence in sales based on four years of market experience (in Europe) and a strong partner network,” said Park Si-hyeong, an analyst at IBK Securities.

Europe is an important market for Celltrion as it accounts for some 80 percent of its total biosimilar sales.

An official at Celltrion Healthcare, Celltrion’s marketing unit, told The Investor that Herzuma will be able to hit the market in three months after approval. The company hasn’t decided on its marketing partner for the drug but is likely to continue to work with existing partners such as Mundipharma, Biogaran and Kern Pharma. 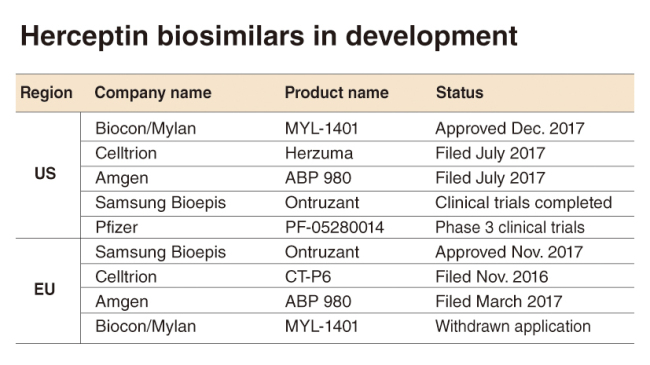 If approved, it is inevitable that Herzuma will compete with a rival biosimilar product besides the original drug, which raked in US$6.7 billion for Roche last year.

“Celltrion is expected to see its first simultaneous release with a competing product unlike when it launched Remsima and Truxima,” Park said.

On Nov. 19, Celltrion’s crosstown rival Samsung Bioepis became the first to received EU approval for Herceptin biosimilar named Ontruzant. A Samsung Bioepis official said the launch date for Ontruzant hasn’t been confirmed yet. The drug will be commercialized by MSD.

In the US, another battlefield of both companies, Celltrion’s Herceptin biosmilar is awaiting the Food and Drug Administration’s nod while Samsung Bioepis hasn’t filed for approval.